Betting on the Copa América 2020 champion 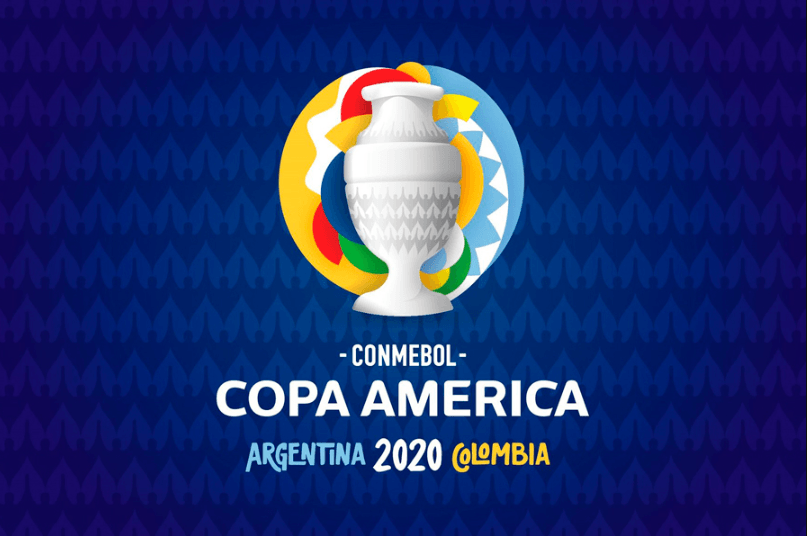 The oldest tournament will have a new edition in this 2020, just one year after it was played in Brazil the last time. The Copa America gather the 10 teams from the southern cone of the new continent along with a couple of guests to cheer the party. This time, the tournament will be played in shared venues, Argentina and Colombia being the host countries of the competition. Odds are already available for this event, so you can start betting on the Copa América 2020 champion. We have a look at the favourites to win this tournament.

CLICK HERE START BETTING ON THE COPA AMÉRICA WITH BET365

Betting on the Copa América 2020

The Copa América 2020 is an edition that was not scheduled in the calendar but Conmebol has decided that the event will take place every four years in the same year that the Eurocup is played. So to match it, it will start in this 2020 with this multi-seat cup.

Very cool is the memory of Brazil raising the Copa America 2019 in its own territory to the fierce selection of Peru. Twelve teams will fight to be crowned champion of the national team competition that already has more than a hundred years of history.

This multi-venue edition of the Copa América will be number 47 in history since the first tournament was played in 1916. The main objective of each team will be the title holder at the Roberto Meléndez Metropolitan Stadium in Barranquilla. This is a complex with capacity to accommodate 50,000 people and that is also the home of Atlético Júnior, one of the most recognized teams in the coffee country.

Among the novelties of this edition is that the guests to complete the number of twelve teams are Australia and Qatar, both selections belonging to the AFC. It should also be noted that there is a new competition format, saying goodbye to the modality of three groups of four teams and instead setting a pair of six teams each one. Each group will have a country as headquarters. Group A teams will play in Argentina while Group B matches will be played on Colombian soil.

These are the groups of the Copa América 2020:

Candidates to win the Copa America 2020

The competition level is huge in South America tournaments and in principle any team can rub shoulders with the best and even achieve the title. In the last edition, the selection of Peru was very successfull with Ricardo Gareca in front but with a staff of little popularity in international soccer.

Sportsbooks allow betting in advance in many soccer and other sports tournaments. Bet365 can already place bets on the winner of the Copa America 2020. It has very good shares and is one of the most reliable operators in the market.

If we talk about favorites, we must always talk about Brazil, which is also the current champion of the competition after being crowned the previous year in front of its audience. The Brazilian team aims to take the 10th Copa América trophy to add it to their medal winners and Tite will seek to lead the team to achieve the championship in this edition. Bet365 has very well positioned Brazil among the candidate teams to win the tournament, the fee for the canarinha stands at 3.25 in this Sportsbook at the moment of writing these words.

Although Brazil is the current champion, this does not imply that it is the favorite in the Sportsbooks despite it is the favorite to win the trophy. Actually, being a host greatly influences the odds that are set for each selection. That’s why right now who is ahead of all is Argentina with a quota of 2.75 that is just slightly lower than that of the Brazilian team.

Argentina will play the role of host of its group and half of the quarter final matches and semifinals will also be played in their territory. This team has the illuminated presence of the star of Barcelona, Lionel Messi. He will have the task of commanding the albiceleste team in a new tournament looking to finally achieve a title with the shirt of his country, something that has become quite elusive.

The other local team is also among the favorites to raise the cup. The Colombian national team has become one of the teams that usually fight even if they haven’t been able to get a title so far.

In this time they will seek to raise the glass in front of their people in the Metropolitan of Barranquilla, 19 years after having achieved it in Bogota. An eventual coronation of the Colombian national team in the next Copa America is paid at Bet365 at 5.50 for each unit wagered.

The team that has won the Copa America the most times is Uruguay. This national team has been crowned champion of this tournament 15 times. They will be seeking once again to fatten its showcase in the hands of a generation of talented young people with a midfield populated by very good players but also with a forward capable of penetrating any defense. The Uruguayan national team is an impossible candidate to discard and the share of its victory in the tournament is 9.00.

Before Brazil raised the crown in 2019, Chile boasted of being the two-time champion of America. This selection will have the challenge of resurfacing from its ashes, like phoenix, to return to the top of world soccer. The Sportsbooks know they have a good team to achieve it. That is why Bet365 includes it in the top 5 of favorites to raise the cup and its coronation is quoted at 14.00.

Other teams to watch at the Copa América 2020

The current runner-up of America is thirsty for revenge, it is well known that short tournaments are given and will again complicate the lives of all teams and even, thinking in the big picture, raise the trophy after 45 years of drought. Odds of Bet365 to the victory of Peru in the tournament is 26.00 for each unit at risk.

The teams of Venezuela and Paraguay open at a fairly high quota of 34.00. It should be noted that none of these selections stands out as a favorite to raise the Copa America 2020. But in the new continent the competition is incredible and any of these two could give a pleasant surprise.

There are only two teams that have never won a Copa America and Ecuador is one of them. This year does not seem to be the exception. The odds for the Ecuadorian victory in this competition is quoted at 51.00.

Qatar and Australia are the guest teams to reach twelve teams. Both teams have little chance of raising the Copa America 2020 according to the bets and at Bet365 they have the same share of 81.00.

If you want to start betting on the Copa América 2020, we recommend you to do so at Bet365, a prestigious brand established worldwide. Bet365 is the best Sportsbook you can find. The best odds for all sporting events are present and it is the best option to bet on the champion of the Copa America 2020.

CLICK HERE START BETTING ON THE COPA AMÉRICA 2020 WITH BET365