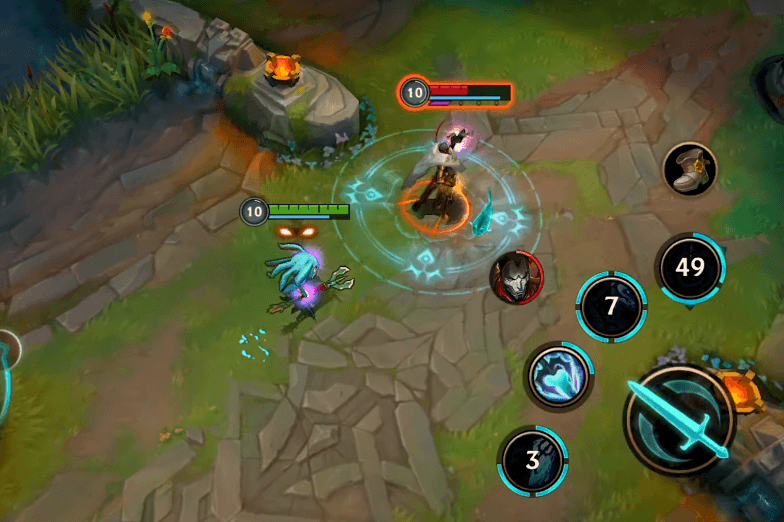 Last week we talked about bets on CS: GO. This time, we will tell you everything you need to know how to bet on League Of Legends, the popular MOBA of Riot Games that revolutionized the eSports scene many years ago. It has become a reference in video games, in electronic sports, and consequently, in the world of betting.

CLICK HERE AND PLACE YOUR LEAGUE OF LEGENDS BETS AT BET365

A guide on how to bet on League of Legends

LoL is perhaps as CS: GO and Dota2, one of the esports that we have more information today, either from the official websites of the competitions such as lolesports.com or lvp.es, as from the wikis, which detail the history of players, clubs or competitions, and can be consulted at any time.

In addition, Riot Games shares through APIs quite important information about the game itself and its official matches. It can be consulted on the lolesports website itself mentioned above, or on websites like op.gg where we can check which champions are the most used at any time, or the history of the last matches of any player at any region.

What is the League of Legends?

Perhaps the most important thing is to explain is what LoL is, what a MOBA is, and how it is played and won in this video game. MOBA responds to Multiplayer Online Battle Arena. League Of Legends is the MOBA of Riot Games, a competitive game in which two teams, consisting of five players each, face on a closed map, each of them choosing a different champion.

How do you win in LoL?

In the most summarized way possible: at each end of the map is the base of each of the two teams and the main goal of the game and the way it is won is to destroy the nexus of the rival base.

Each link is protected by towers, which also are at the entrance to the base and on the lines. On the map there are three main streets, the upper one, the middle one and the lower one in addition to the jungle, where neutral enemies are found that provide gold and certain skills that help players.

There are currently more than 140 champions available. Although there are many that are versatile and can be used in various ways, they are usually specialized in five main roles:

Top (upper street), Jungler (jungle), Mid (central street), Support (lower line assistant) and Adc (lower street). This would be the most basic goal, and although there may be variants, it is not usual, so let’s ignore it.

Depending on the patch in which it is played at all times and the attempts of Riot Games to balance the game and the power of all champions, each of them will be stronger or looser. Therefore, it will be customary to always see many of the same champions trying to be chosen by the teams (or banned to prevent the opponent from using them) at all times.

Following with the summary way of explaining how League Of Legends works, in the initial phase of the games, the teams focus on accumulating as much gold as possible. This is done mainly for killing minions of the enemy, which are constantly generated from the beginning to the end of the game. Killing enemies or destroying rival towers also grants gold, as well as jungle targets (such as dragons or barons). It is therefore essential that teams try to have vision of the jungle at all times through objects that provide vision.

The more gold players have the better items they can get. These items improve their stats and by having better stats they are more likely to be victorious in direct confrontations against enemy champions.

Having this advantage will allow teams to reach the enemy base and try to destroy the link, which in the end and as we explained at the beginning, is what it is all about.

How do I bet in League Of Legends matches?

Our first tip is to try the game or watch some games streaming to understand the basic concept of it. It is not necessary to be a good player to be able to make good bets. You don’t need to have Messi’s skills to be able to place winning bets on soccer matches. But it is actually essential to understand the game, the rules, and of course, to know the teams and players that face each event in which we want to place bets.

As we mentioned before, we can consult all the available information. We’ll find it on any player or team on past, present or future competition on websites such as Leaguepedia.

Knowing the game, teams involved, and players shape, we can finally go to place our League Of Legends bets.

In addition to the obvious bets on the winner of the map, match, tournament, or handicap bets, we can find on the websites like Bet365 a multitude of concrete markets of the game. They are quite interesting, although they can also be more difficult to predict.

– 1st blood: Which team will kill an enemy champion first.

– First 10 kills: Which team will manage to add ten murders to the opponent first.

– 1st tower: Which team will destroy a rival tower first.

– 1st dragon: Which team will get a dragon first (goal in the jungle).

– Dragon element: What element will be the first dragon to appear. There are four different types of elemental dragons (ocean, cloud, infernal and mountain). They appear randomly, making it a completely random bet.

– 1st Baron: Which team will be able to defeat Baron Nashor first (goal in the jungle).

– 1st inhibitor: Which team will first destroy an enemy inhibitor. Inhibitors are structures located at each base that retain the appearance of super minions. It is an important goal for both teams, with the premise of exerting pressure on the rival base.

– Triple / Quadra / Penta Kills: You can also bet if in a match there will be some triple kill, quadra kill or penta kill. This means that the same champion kills 3, 4 or 5 rivals respectively in a short period of time during the match.

– Number of barons: How many barons will be defeated during the game. Nashor is a goal that provides a lot of momentary advantage to the teams. It is usually a goal that is sought before attempting to finish the game.

– Number of dragons: How many dragons will be defeated during the game.

If one of the two teams has a much higher jungler in terms of skill and also a good strategy of early goals, it is most likely that it will first get a jungle dragon. You must have all the details of each player and each team present to take advantage of these particular markets.

In addition, we can find many other kind of League of Legends bets. For example, the number of deaths of each team, on what minute the first blood will be achieved or the gold difference between each team at the end of the match.

CLICK HERE AND PLACE YOUR LEAGUE OF LEGENDS BETS AT BET365