Tips for betting on NBA 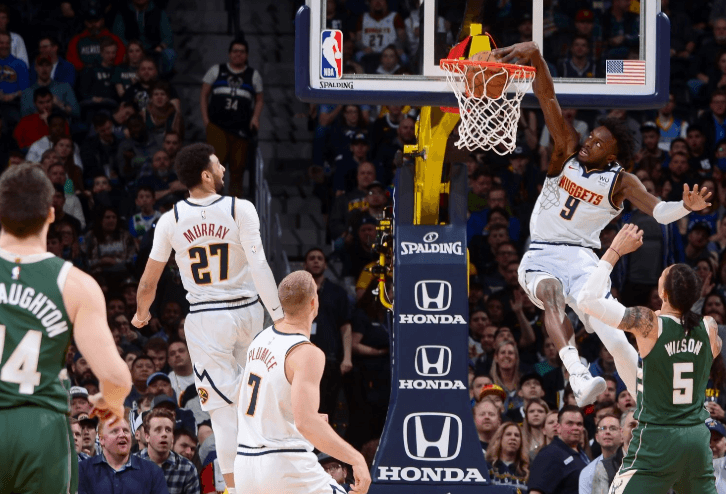 If you like basketball and to make predictions about sports, don’t miss this collection of 10 tips for betting on NBA. A guide on what you need and how to bet in order to make the best out of it.

How to bet on NBA

Watch matches, the more the better

It is something obvious, but that many people go over hiding in statistics. You have to be careful with statistics. Although it is a great and essential companion to predict, it should never be the main weapon to launch a pick. If you can’t watch games because of the complicated schedule or you don’t like to watch them in deferred time, forget about betting on the NBA.

Create a database from where to get information

You need to have sites to follow the most important data of the season. From the most important blogs/websites of opinion of the teams to the twitter accounts of those. A tweet announcing an injury can change a pick or an opinion piece of fans who watch every game on their team is a great help in understanding the games. In a competition where teams play practically every day, it is very important to know everything updated.

Do not take chances with bets at low odds

The NBA is not like Soccer, where seeing Madrid playing in Zaragoza means a victory. American basketball is unpredictable and much more even than all European competitions. We’ve seen examples like that of Cleveland that had the best conference record two years ago and the worst last year, or the Lakers losing this year in Sacramento. I do not advise to take anything below 1.30 to combine unless it is something very safe and always playing as local, never outside. Of course, I never recommend taking a simple bet to odds without value like 1.40-1.50 or lower. If you take them you will end up losing more money than earning it, because there are surprises in the NBA every day.

Injuries are something very important and that changes many odds in the NBA, since there are templates where some player stands out above the others. It is important to have a good site to follow and know the players status. It can be roughly divided into day-to-day and the others. Meaning the first that the choice will probably be on the same day or a few hours before. Then there is everyone else (questionable, targeting February, out for…) that the player is most likely to not attending the game. Still, in the day-to-day there are many variations and it is important to investigate them. I have seen players in day-to-day more than a month.

If when you see the odds for an underdog that you think is interesting to bet, you find out that the best player of the rival team is low and they have not yet lowered the opponent’s odds, take it. Do not think about it anymore because it will go down. Very important for spreads, because they usually go down/up 2-4 points in reference to this with day-to-day casualties.

Pay close attention to the schedule

It is important to know that in a competition with so many matches in such a short time, the players do not give everything in every game and that trips and efforts are paid. In this season even more concentrated, you can see teams playing three days in a row and 4-5 days in a week, having to travel through the US. The parties with extra efforts (matched to the end, Over time, iron defenses…) usually have consequences for the following. This is when the classic short shots and poor defensive balance appears. If a team has played one day and has had one of these efforts, count on it in your assessment of the bet if you are going to make it to a match of the same team the next day. It sure influences.

Rate records at home and on the road

It is probably the most important statistic of all, so this is one of the most important tips for betting on NBA. There are teams that historically already have large balances at home, others with half-empty pavilions and other ominous on-road. Rate teams like Utah Jazz, Denver Nuggets (worst trips by height), San Antonio Spurs or Portland Trail Blazers at home. And keep in mind bad visitors like the Warriors, the Jazz themselves or the Bucks. Then there are courts that do not put any pressure such as the Staples Center (Lakers / Clippers) or the Phillips Arena (Atlanta). While there are courts where the pressure of the crowd is brutal as in the T.D Garden in Boston. Learn to value each pavilion.

Watch trades and changes in rotations

The trade of a single player, which does not even have to be the most important of the squad, can create confusion and change the style of play of a team during a period of adaptation time. For example, although the Celtics are a great defensive team, after trading to Perkins for Jeff Green they conceded more than 100 points in 5 of the next 7 games playing against rather normal or low-level teams.

It analyzes the trades, the changes in the rotation after injuries and others. The injury of a base in a template without another pure base, of a defensive specialist or the top scorer of the team are key. For example, if Davis is injured in Los Angeles, the Lakers will continue to score points because they have LeBron and companion, but its defense might be affected.

Beware of long spreads (about 10 points)

-10 Spreads are dangerous in teams with short squads and with bad reserves, such as Celtics or Thunder. I do not recommend throwing them in teams with lapsus in their matches like Lakers or Knicks. And never at the end of the season, where the dosage for the playoffs is usually a point in favor of handicaps in favor rather than those against. Therefore, it is advisable in teams with good defensive character throughout its staff such as Sixers or in wide squads such as that of the Nuggets or Blazers. Spreads in favor are usually a good bet at the end of the NBA season against teams that have secured the playoff and their place in it, since as I said they tend to dose.

Have a good statistical control

While I said that it should not be 100% of the pick, it is a weapon that must be held in hand. There are teams that have not lost against others at home in 3 years or players who are good at a team, and are important data that must be controlled.

You should always appreciate that the team has not changed much of style/template. It is not the same to assess that a team has not won in Cleveland in the LeBron era than now. But it can be seen that Utah, however much it changes its workforce, has always been a very bad visitor by statistics. It is important to control the statistics ATS (Against the Spread) and Over/under.

It is something that I read a long time ago and that seems essential to me. That’s because if you predict the matches that seem most important to you according to your statistics and feelings without seeing lines, your bet is out of any influence. By this I mean writing for example the setted line on which you think the games or handicaps that you would put to the teams will move. If one comes out similar to what you put in and there is no news that changes the game (injuries, internal problems, etc…), the match is where you believe. Therefore, it would be interesting to enter whenever you have made the prediction with enough information.

From this blog we recommend Bet365 in order to put in place all these tips for betting on NBA. This notorious Sportsbook has high odds, above the average, and a large number of markets for betting very profitable such as several different spreads and lines, among others.