Betting on the winner of the EURO 2020 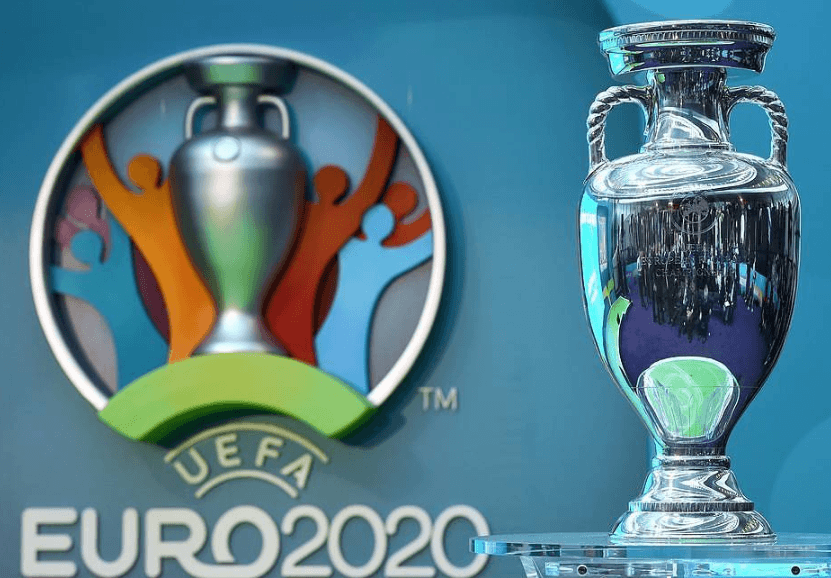 The tournament with the most important football teams in Europe presents a new edition in 2020. with the particular features that it will be played in multiple venues to celebrate the 60th anniversary of the competition. The UEFA EURO 2020 is just around the corner, so you can start betting on the winner of the Euro 2020 and take advantage of the odds.

This great event will begin within eight months and will paralyze all of Europe and the world of football in general. This is the 16th edition of the tournament and it will be played at twelve different venues. The historic Wembley Stadium will be the venue that will host the semifinals and the grand finale. It will be the second edition of the European Football Championship that has 24 selections, after the one recently played in France.

There are many candidates to win the Euro 2020 and the bookmakers have already opened special markets so that those who like to bet on future events can pick their favorite team.

888 Sport is one of the best Sportsbooks you can find, among the most recognized in all of Europe. It offers to you very good odds for each of the teams that aspire to win the Euro 2020.

Favourite teams to win the Euro 2020

The favourite team to win the tournament is the team of France. They are currently the world champions and have a squad full of stars and renowned players in European football. The French team has a share of 5.00 and looks like the team most likely to win the tournament. In doing so, they would be taking revenge from the last edition played at home, where they were defeated in the final by their rival at that moment, Portugal.

Another team with slightly chances according to the Sportsbook is England. This team made an extraordinary World Cup in Russia. Nowadays, it is putting together a young but competitive squad for this tournament. An eventual English coronation at Wembley is paid at 5.50 for each euro wagered, a pretty fair fee if you consider that you will have the chance to play home games.

An overwhelming team looking to achieve its first title is the national team of Belgium. Belgium has a team of elite European football players. The Red Devils come from achieving a great performance at the 2018 World Cup in Russia, being eliminated in semifinals by France. The quota that 888 Sport assigns to the Belgian national team is 8.00.

Like Belgium, the Netherlands national team also has a share of 8.00 as the winner of the Euro 2020. The orange team did not attend the recent World Cup as they didn’t get a spot in it. Since then, though, they have built a team full of interesting players who are being figures throughout Europe. This makes them one of the teams with the greatest potential in the competition.

Germany, Spain and Italy not among the favourites to win the Euro 2020

Germany will seek to break the drought of European Championship titles that it has been dragging since 1996. The Teutons are, together with Spain, those who have won the competition most times. They will seek to occupy the first place along with conquering in this edition their fourth continental tournament.

The German team does not come from having a very outstanding performance in the last World Cup but has gradually been recovering. As always, they are serious candidates, so the Sportsbook set a fee of 9.00 for them.

This same quota applies to the national team of Spain. This is another team that has managed to win three editions of the competition and that, taking advantage of a new generation that has been setting, could recover the crown that got in 2016, after two consecutive championships.

The national team of Italy is another that can emerge as a pleasant surprise. After the misadventure of Giampiero in which they failed to qualify for the 2018 World Cup, the azzurra has placed Roberto Mancini on the bench to assemble a young, talented and competitive team. Far from being among the favorites, Italy pays 14.00 for each unit wagered.

The current European champion, Portugal, has a share of 15.00 at the 888 Sportsbook. This selection has a Cristiano Ronaldo who could face his last Euro and perhaps the last official tournament with his selection because it is a mystery if he could attend the next World Cup, because the time is running against his almost 40 years old.

Possible surprises at the EURO 2020

Among the teams that may surprise in this Euro there is the selection of Croatia, whose performance in the World Cup was exceptional. At the time of writing this report, they receive a fee of 26.00. Although its players are not in their best moment, Croatia always leaves very good feelings and with a little effort could realize in 2020 its great year winning the Euro Cup.

Denmark or Ukraine are teams that have been playing quite well and could sneak into the best and even become winners of the Euro. An eventual victory of any of these selections in the competition is paid at a fairly high fee of 81.00. The Danes already managed to take the trophy in 1992. They will seek to repeat the feat in a tournament that promises to be very competitive.

In the case of Ukraine, Shevchenko has reached the bench to revolutionize the team and put it to work like a Swiss clock. The Ukrainian idol wants to take his team to the greatest of international football. For them, there is no better chance of winning the UEFA Euro than this edition.

National teams such as Sweden, Turkey and Serbia, which are known by competing and being strong teams, are getting a quota of 101.00. Gareth Bale’s Wales team pays 151.00. Others like Romania or Iceland pay up to 201.0 per euro wagered.

Betting on the UEFA EURO with 888 Sport

There are many teams that are shown as candidates and there are others that will seek to surprise. The 24 teams will seek European glory, to be crowned in Wembley in front of an audience of 90,000. It is the dream of each of them and they will fight to achieve it.

Of course, the odds in 888 Sport vary according to the time and many factors about teams performances. But if you places your bets in advanced you may enjoy greater odds. At the end of the tournament you can win with your predictions and ensure a very good way to celebrate one of the main football events in the world.

888 Sport is one of the most important betting websites in Europe, providing the best markets. If you want to start betting on the winner of the Euro 2020, the triple eight brand is your best option.

This website uses cookies to improve your experience while you navigate through the website. Out of these, the cookies that are categorized as necessary are stored on your browser as they are essential for the working of basic functionalities of the website. We also use third-party cookies that help us analyze and understand how you use this website. These cookies will be stored in your browser only with your consent. You also have the option to opt-out of these cookies. But opting out of some of these cookies may affect your browsing experience.
Necessary Siempre activado
Necessary cookies are absolutely essential for the website to function properly. This category only includes cookies that ensures basic functionalities and security features of the website. These cookies do not store any personal information.
Non-necessary
Any cookies that may not be particularly necessary for the website to function and is used specifically to collect user personal data via analytics, ads, other embedded contents are termed as non-necessary cookies. It is mandatory to procure user consent prior to running these cookies on your website.
GUARDAR Y ACEPTAR